The Columbine Shooting caused a massive reform in "Gun Control" in many ways.

“A well regulated Militia, being necessary to the security of a free State, the right of the people to keep and bear Arms, shall not be infringed” (Declaration of Independence).

The Guns Used in The Columbine Massacre

Eric Harris and Dylan Klebold, two students at Columbine High School, brought guns, knives and bombs to their school, to kill students and teachers alike. They stashed enough firepower under long black coats and in duffel bags to shoot at hundreds of classmates. Concealed in the coat Dylan Klebold wore to school on April 20 was an assault weapon banned from manufacture in 1994, a crude, menacing pistol made to fire 36 rounds without reloading. Eric Harris brought a new, short-barreled rifle that fired 10 rounds at a clip, the maximum allowed by the assault-weapons law. Each carried a shotgun, sawed off at both ends to render it half its original length, short enough to hide like a handgun and wield like a Capone-era street sweeper. (Olinger)

In 1994, the Violent Crime Control and Law Enforcements Act was passed. “Commonly referred to as the "Assault Weapons Ban," this bill banned the manufacture, possession, and importation of new semiautomatic assault weapons and large-capacity ammunition feeding devices (or magazines) for civilian use” (Gettings). Among the nineteen guns that were banned, was the Tec-9 Assault Pistol.
The weapons they used were just about anything they could get their hands on. The exact weapons that were used were a, “Savage-Springfield 67H pump-action shotgun, 12 gauge; Hi-Point 995 Carbine, 9 mm caliber; Intratec TEC-9 semi-automatic handgun, 9 mm caliber; and Stevens 311D double-barreled sawed-off shotgun, 12 gauge” (Leduc).  Using these weapons, the two boys killed twelve students and one teacher while injuring 23 more, not counting the emotional damage. 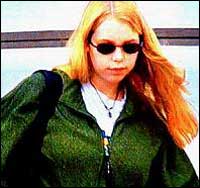 Who supplied the minors, Eric Harris and Dylan Klebold with the weapons to do such a horrible killing? "The two shotguns and the rifle could have been purchased legally by Harris, who had turned 18 less than two weeks earlier but the semi-automatic, identified as a TEC-DC9, could not be legally purchased by anyone under the age of 21" (Steele). A girl named Robyn Anderson actually bought the guns for Dylan Klebold at a gun show and gave them to him. Ms. Anderson was known as a "straw purchaser".

A “straw purchaser” is someone who can legally buy a gun — but who buys a gun on behalf of a prohibited person, such as a convicted criminal. Straw purchases have been illegal under federal law since 1968, and in 1986 the straw-purchase ban was strengthened by the NRA’s flagship bill, the Firearms Owners’ Protection Act. Colorado’s first post-Columbine “gun control” law is similar to the federal one, and it allows local law enforcement to bring cases in state court instead of depending on busy federal prosecutors to file federal charges.The Columbine guns had been procured by adults who bought the guns on behalf of the killers. So, as the second gun-control measure, Colorado enacted a statute against transferring a firearm to a minor without consent of the minor’s parent or guardian. Previously, Colorado law had forbidden such transfers of handguns, but not long guns.

Laws in the Process

After the Columbine High School murders, Colorado enacted eight specific gun-law reforms. Three of these reforms are examples of what people usually call “gun control,” and five of them are in the “gun rights” category. But to many Colorado civilians, all eight of the measures are cohesive and consistent. They are all based on the same principles: Guns in the wrong hands are very dangerous, and guns in the right hands protect public safety. Colorado strengthened its laws to make it harder for the wrong people to acquire guns and simultaneously strengthened laws to remove obstacles to the use and carrying of firearms by law-abiding citizens. (Kopel) 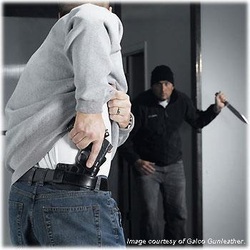 One of the laws that were passed, was to fix the loop hole of being able to aquire guns at gun shows. "Finally, Colorado voters in 2000 passed a law imposing some special restrictions on gun shows, because three of the four Columbine guns had been obtained at a gun show. In most states, the laws for selling guns at a gun show are exactly the same as for selling a gun anywhere else. Thus, persons who are in the business of selling guns must have a federal license and must conduct a background check on every sale" (Kopel).

Wanting to Take Away Guns 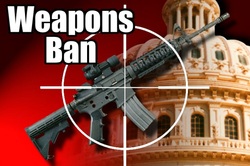 Some people want to take away guns completely. They believe that people cannot be trusted with weapons. They want to take away our rights of owning firearms because they say it will stop random killing.  Events like Columbine  would not even happen. Is that true though?

"The laws that forbid the carrying of arms are laws of such a nature. They disarm only those who are neither inclined nor determined to commit crimes.... Such laws make things worse for the assaulted and better for the assailants; they serve rather to encourage than to prevent homicides, for an unarmed man may be attacked with greater confidence than an armed man.” (Beccaria) 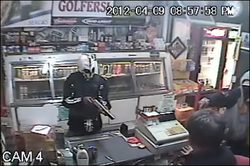 No matter what, criminals will be able to obtain weapons. Laws would only keep the honest man honest. There shall always be crime. There will be even more crime if criminals are sure that no one can stop them.

Virtually never are murderers the ordinary, law-abiding people against whom gun bans are aimed. Almost without exception, murderers are extreme aberrants with lifelong histories of crime, substance abuse, psychopathology, mental retardation and/or irrational violence against those around them, as well as other hazardous behavior, e.g., automobile and gun accidents. (Kates) 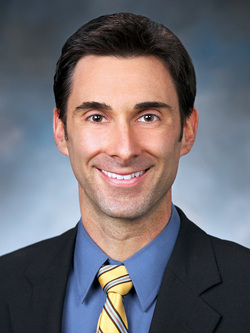 In a meeting with Kevin Parker, a survivor of The Columbine Shooting and a Representative in the Washington State Legistlature, he does not believe we should take away gun laws. Truly, many believe that laws shouldn’t be made to take away guns, but to fix the ways in which the boys acquired the weapons. It was not the rifles fault, but that they fell into the wrong hands. (Parker)
There are many ways in which we can decrease the violence without taking away the right every American has because of The Columbine Shooting. “Getting help to the psychotic, would-be killers of the world would probably be an even better fix” (John Wood). It is our responsibility to protect the citizens of America from harm and terroists. Together we take the responsibility of protecting each other with out right.